Esacono is a translation of the concept that generated the series Strutturazioni cilindriche virtuali by Giovanni Anceschi (1963 -1966). The concept is described in issue no. 22 of the magazine il verri, but it was never produced due to the limits posed by the technology of the period. It is a cube suspended by one corner which has six motors embedded into each side. The motors drive two rotating rods that draw six truncated cone shapes in space, creating virtual volumes. The speed varies from motor to motor, and as a consequence so does the effect of the six shapes drawn in the air at the sides of the hanging cube.

In order to reproduce the mechanism that Anceschi imagined to control the motors and the variations in the shapes created (a programming system based on camshafts), Esacono is designed to connect up to the Internet via Wi-Fi: by remotely controlling the speed of the motors using a mobile app, the viewer can modify the shapes, control their appearance and disappearance and change the overall effect created by the work. In its re-programmed version, Esacono is connected to the Internet and its programming system is expanded with the addition of a graphic user interface that enables the creator and viewer to interact with the work.

Research context and references
The first version of Strutturazione cilindrica virtuale, which only has one cylinder and was published in the catalogue Nouvelle Tendance, is the prototype that gave rise to the others. The version with nine cylinders was exhibited for the first time at Miriorama 14, at studio f in Ulm. The version with two cylinders presumably dates back to 1965-1966.

The initial concept was titled Esacono: a cube hanging from the ceiling by one corner, with six small motors which each drove a pair of metallic rods, painted black with white stripes, arranged at right angles and attached to the centre of each face of the cube. The rods would rotate rapidly, giving rise to six virtual cone shapes that would appear to interfere with each other. A mechanism based on camshafts controlled the speed that would make the cones appear and disappear. The technical difficulties involved in making a smaller version of Esacono led to a radical rethink of the project, which thus became a horizontal, square plane with nine shapes emerging from it.

Technology and media
The components of Esacono are two cubes placed one inside the other and six wooden discs: the inner cube hosts electronic components, hardware boards and the motors; the outer cube is coplanar to the six rotating discs where the wooden rods (two per disc) are attached. The faces of the cube are made of plywood, cut with a laser cutting machine. The rods are made of light, flexible wood in order to enable the shape to change in line with the speed of the motor. The hardware/software components are based on an Arduino Yún and two Adafruit V2 Motor shields: stacked together, these boards control and power the six small DC motors (common direct current motors). The Arduino Yún manages the Internet connection and the input from the html application, which can be accessed through a browser or a mobile device such as a smartphone. By interacting with the six sliders on the interface of the html application, one can modify the rotation speed of the motors and rods.

Credits
The connection between the Arduino Yún and the html interface for controlling the motors of Esacono was developed by Lorenzo Romagnoli. 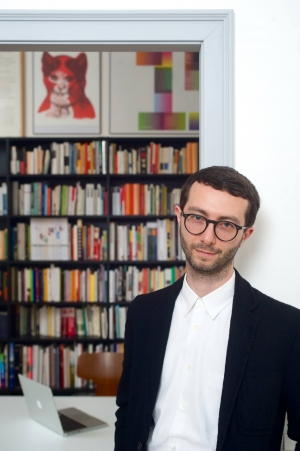 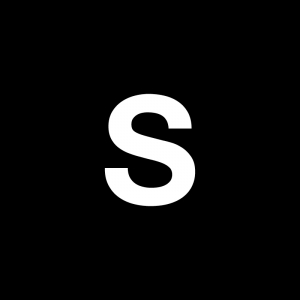